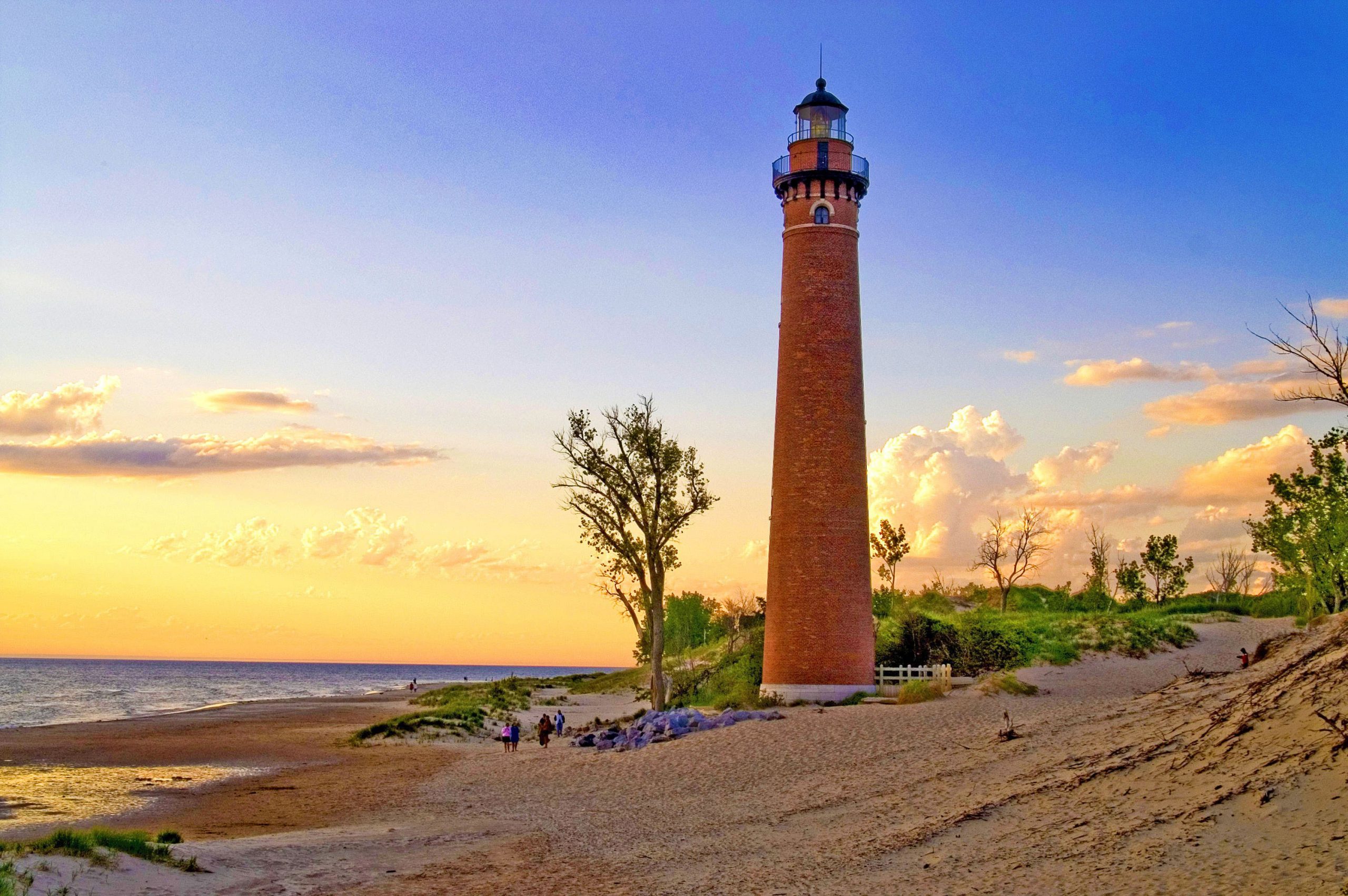 Our family had a cabin up on lake Michigan from the Early 80s until around 2015. It was near Little Pointe Sable Lighthouse. My time up there was spent exploring new ideas and new techniques in photography. Before we would go I would spend a good amount of time researching things I might want to try and accomplish. While I was there new ideas would always spring up too. This place had a way of speaking to me like none other. I would never be without my camera. even If there was fun in the lake I would take my camera. It was a risk to be sure but in my opinion a risk well worth taking. I never lost my gear so either I was lucky or I was right. Either way my fun was always with my camera

One of the things I started doing the last few years was bring new glass that I had not used to play around with. It would be a chance to gain a new perspective on this place we have loved for so long. An extreme wide angle to capture the beauty all around or a very expensive prime to get the stars at night. Whatever it was it only enhanced the already fun trips to our cabin. It would also speak to the ideas I might want to accomplish. There were staples that I could always count on to be ready to be photographed. The lighthouse for one and beautiful sunsets for another.

This particular picture is an older shot taken probably sometime in the early 00s or before. It was a picture shot on real 35mm film before the digital age overtook photography. I do not remember the settings I used as it was so long ago. It wonderfully captures the feelings of beauty and wonders this lighthouse would evoke. Of all the pictures I have taken of this lighthouse over the years, this is probably my favorite for that very reason. I feel like it speaks to what it’s like to be there better than any other. The sand, the surf, the breeze. You can almost hear the calm almost hypnotic sounds of the lake washing up onshore. The sky beginning to show signs of the wonderful sunset to come. but the star, in this shot at least, is our lighthouse majestically standing watch welcoming anyone to the shores of Lake Michigan.

WELCOME TO MY BLOG